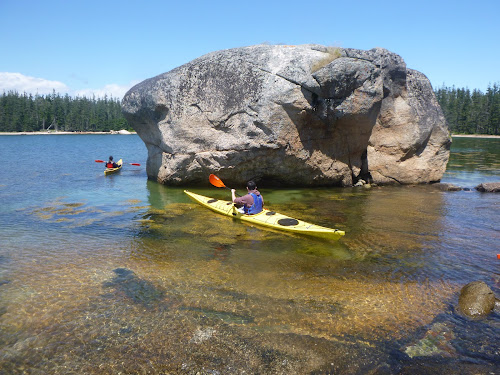 I’m lying on the couch, wearing dry clothes, drinking coffee. I managed to sleep an hour or so later than usual. Outside the front windows, fog hangs thick over the harbor. It’s been raining and tires hiss over the wet pavement below. I’m very happy to be here, and happy, for a change, to not be out there on the water. A day off from paddling. My last day off was another rainy day almost two weeks ago, and before that was a similar span of good paddling days, all filled with work. My body feels beat-up. I’ve done my stretches and thinking maybe another ibuprofen may be good. My mind feels a little beat-up too, and I’ve been looking forward to sitting here, doing exactly this, even though I still have very little time to do it. 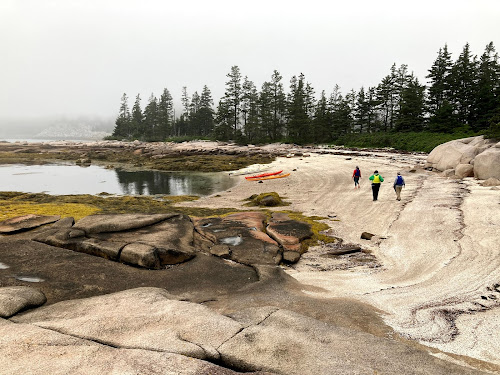 It has been an amazing summer, especially considering how it began. Back in June we had little idea of whether we’d even have a business through the summer. Maine had largely avoided the virus, partially due to strict quarantine and testing requirements. At first it looked like our only customers might be people from Maine. All our trips were cancelled. The ten-day guide’s class I teach in June was cancelled. I pondered over whether I should continue the liability insurance for Upwest & Downeast Sea Kayaking. I wondered if maybe our guiding business might become a footnote: one good summer followed by a global pandemic. I could sell a few boats. We thought maybe we’d just do a lot of kayaking on our own this summer- an appealing thought, even if it avoided the question of income. 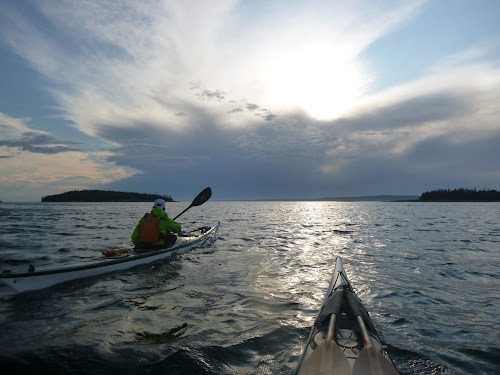 But then the Maine restrictions eased- just enough to allow more visitors and still be safe. We worried about it of course. We worried about the virus more than making a living. Making a living was a little more within our control. I posted the COVID restrictions on the website, for which I received a little fallout, as if I were making this stuff up myself. But so be it, I thought. I didn’t want people who weren’t careful or considerate. 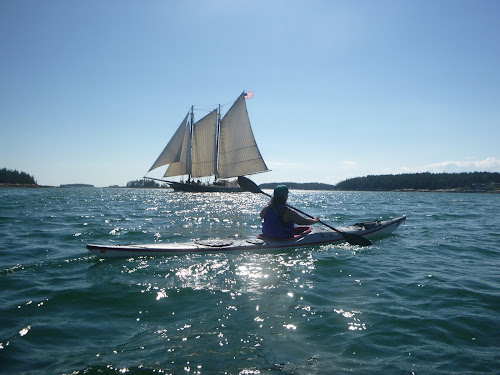 On July 4th I ferried over to Vinalhaven to guide my first trip of the season. The next came a couple of days later, up in Brooklin, and the next a couple of days after that. The pace rapidly increased. Our guests seemed so glad to be here, so relieved to be outside. Soon we had trips every day, and then multiple trips every day, with both me and Rebecca guiding. We focused on providing custom private trips, which had been our intention from the start. 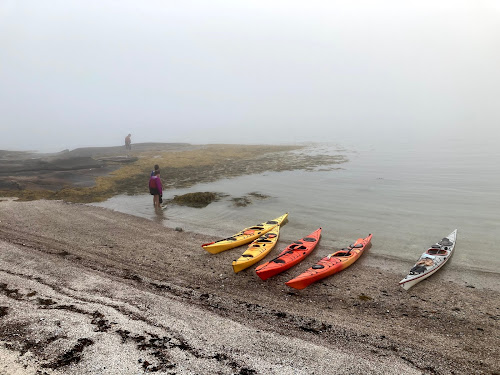 Added to the influence of the virus were changes at Old Quarry Ocean Adventures. Bill, the owner had retired at the end of last year, and with the virus it seemed prudent to remain closed for the summer. But a crew evolved and it did open, at least long enough for someone to buy the place as a private residence. It closed on July 31st, and suddenly the demand for trips rose dramatically, along with the desire for rental boats. Traffic at the town ramp increased, and people started launching and parking at places that became problematic and raised the ire of various people. On some days the ramp became quite crowded, often with people who parked for hours while loading their boats. We began to see many more obviously unprepared people heading out into the archipelago. Campsites appeared randomly on various islands. Kayakers’ cars began occupying prime downtown parking spaces for days at a time. We began cautiously renting some of our boats, a side of the business about which I’m still hesitant.

A weird summer was made even weirder by the death of a woman off Baileys Island when she was bit by a great white shark. We only had one trip cancel for fear of sharks, but it has been on everyone’s mind. Just this last week rumors of local shark incidents have been circulating- a shark nipped at a lobster trap as it was being hauled onto a boat, and there is apparently an increase in dead seals being spotted. I don’t want to spread unsubstantiated rumors – Facebook works well enough for that – so I’ll leave it at that for now. I saw many many seals yesterday off of Little Cranberry Island, and they didn’t seem too concerned. 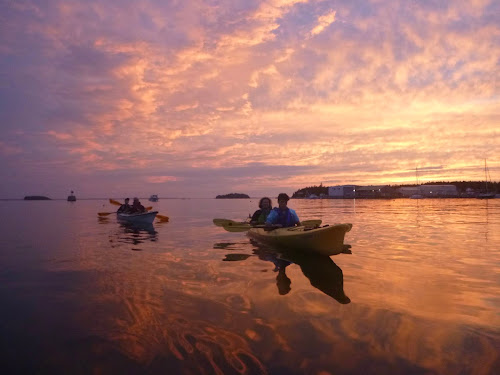 So here we are, nearing mid-September. I expect demand for trips to taper in the next few weeks. We have much to think about in terms of where we want to go with our guiding business. We like the simplicity of the ‘mom and pop’ aspect – just me and Rebecca, private trips, keeping it simple. And yet we spend a lot of time hauling boats around. Every evening we spend hours cleaning gear and answering emails and other inquiries. I recently turned 56. I feel like I’m in pretty good shape, but some of these days are pretty tough. Most of the time I hardly think about it – I just show up and do it, but on a day like today, with the rain and fog and a little time to reflect, I know that it all warrants some thought about what we’re doing and where we’re going with it. 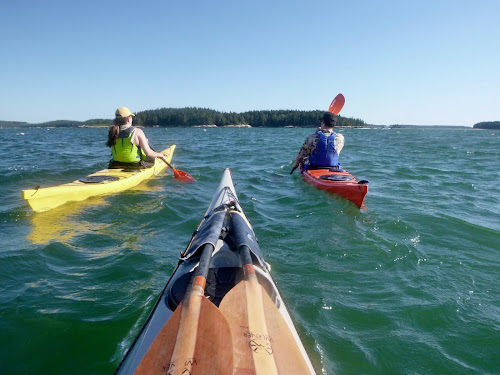 I also have a book to finish. I published the Kindle edition in July so it could be accessed from Zest Maine, where the first chapter was published. We received a grant from the Maine Arts Commission to help with publishing the print edition. I’ve been too busy to shepherd the book into its final form, but maybe now I can finally do that. In mid-August we gave a webinar for the local land trusts about our trip and the book, and it can be seen here.

Posted by Michael Daugherty at 12:33 PM